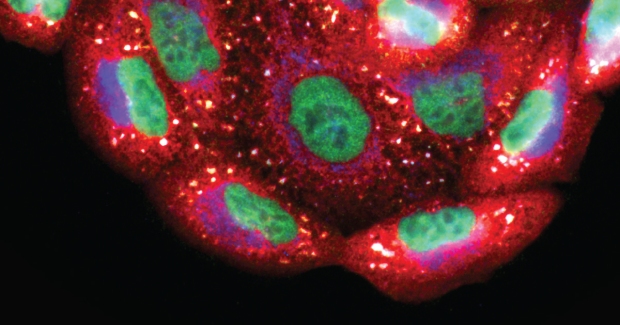 Nitric oxide (NO) is one of the most important signal molecules, involved in both physiological and pathological processes. As a neurotransmitter in the central nervous system, NO regulates cerebral blood flow, neurogenesis, and synaptic plasticity. The aim of our study was to investigate the effect of the extremely low-frequency electromagnetic field (ELF-EMF) on generation and metabolism of NO, as a neurotransmitter, in the rehabilitation of poststroke patients. Forty-eight patients were divided into two groups: ELF-EMF and non-ELF-EMF. Both groups underwent the same 4-week rehabilitation program. Additionally, the ELF-EMF group was exposed to an extremely low-frequency electromagnetic field of 40 Hz, 7 mT, for 15 min/day. Levels of 3-nitrotyrosine, nitrate/nitrite, and TNFα in plasma samples were measured, and NOS2 expression was determined in whole blood samples. Functional status was evaluated before and after a series of treatments, using the Activity Daily Living, Geriatric Depression Scale, and Mini-Mental State Examination. We observed that application of ELF-EMF significantly increased 3-nitrotyrosine and nitrate/nitrite levels, while expression of NOS2 was insignificantly decreased in both groups. The results also show that ELF-EMF treatments improved functional and mental status. We conclude that ELF-EMF therapy is capable of promoting recovery in poststroke patients.

Cardiovascular diseases, including ischemic stroke (IS), are a serious problem of the modern age, killing 4 million people each year in Europe [1]. Stroke is caused by ischemia of brain tissue. Brain structure damage occurring during ischemia/reperfusion is due to the generation of significant amounts of reactive oxygen species and inflammatory mediators [2]. Damage to brain tissue as a result of a stroke cannot be undone. However, the most important part of poststroke therapy is immediate and long-term rehabilitation, considering the enormous plasticity of the brain [3]. Although extremely low-frequency electromagnetic field (ELF-EMF) therapy is not a standard treatment in the poststroke rehabilitation, some authors suggest its increased positive effect on patients [4]. ELF-EMF treatment is based on regeneration, osteogenesis, analgesics, and anti-inflammatory action. Its biological effect is related to processes of ion transport, cell proliferation, apoptosis, protein synthesis, and changes in the transmission of cellular signals [5]. The regenerative and cytoprotective effect of ELF-EMF is based on mechanism associated with nitric oxide induction, collateral blood flow, opioids, and heat shock proteins [6].

Nitric oxide (NO) is an unstable, colourless, water-soluble gas with a short half-life (3–6 sec). The compound has one unpaired electron, which makes it a highly reactive free radical. It is characterized by the multiplicity of action in the body, in both physiological and pathological conditions [7]. Synthesis of NO in the organism is catalysed by nitric oxide synthase (NOS), occurring in three isoforms: neuronal (nNOS), inducible (iNOS), and endothelial (eNOS), encoded by different genes whose expression is subject to varying regulation. The constituent isoforms of NOS are eNOS and nNOS, whose activity is associated with concentration of calcium ions and the level of calmodulin in a cell, as well as with hypoxia, physical activity, and the level of certain hormones, that is, oestrogens [8]. In contrast, because it is closely related with the calmodulin, iNOS does not require a high concentration of calcium ions but is regulated by various endogenous and exogenous proinflammatory factors [9].

The two-stage synthesis of NO consists of the oxidation of L-arginine to Nω-hydroxy-L-arginine and, under the influence of NOS and oxygen, formation of L-citrulline and release of NO. All isoforms of NOS require the same cofactors: nicotinamide adenine dinucleotide phosphate (NADPH), flavin mononucleotide (FMN), flavin adenine dinucleotide (FAD), tetrahydrobiopterin (BH4), iron protoporphyrin IX (heme), and O2 [7].

Nitric oxide is one of the most important signal molecules, involved in both physiological and pathological processes. One of the major functions of NO is as a potent vasodilation, increasing the blood flow and regulation of blood pressure, which has been used in clinical practice for many years. Deficiency of this compound is observed in various disorders of many systems: cardiovascular, gastrointestinal, respiratory, and genitourinary [10]. The beneficial effects of NO lie in its platelet inhibition, macrophage cytotoxicity (antibacterial, antiviral, and antiparasitic), and protection of the mucosal lining of the digestive system. On the other hand, excessive expression of iNOS can be disadvantageous, for example, during sepsis. The adverse action of NO is associated with the production of superoxide anions and subsequent generation of peroxynitrite and hydroxyl radicals, which are highly toxic [11].

In the central nervous system, NO as a neurotransmitter regulates cerebral blood flow, as well as neurogenesis and synaptic plasticity. Furthermore, neuronal death is caused by high concentrations of NO by caspase-dependent apoptosis process and promotion of inflammation. Elevated levels of nitric oxide promote necrosis by energy depletion. On the basis of these mechanisms, NO is involved in the etiology of many neurological diseases, such as major depression, schizophrenia, epilepsy, anxiety, and drug addiction [12].

Our study was designed to investigate the effect of ELF-EMF on the metabolism of NO, as a signal molecule in the central nervous system, in the rehabilitation of acute poststroke patients.[…]

This entry was posted on October 25, 2017, 20:25 and is filed under Neuroplasticity, REHABILITATION. You can follow any responses to this entry through RSS 2.0. You can leave a response, or trackback from your own site.