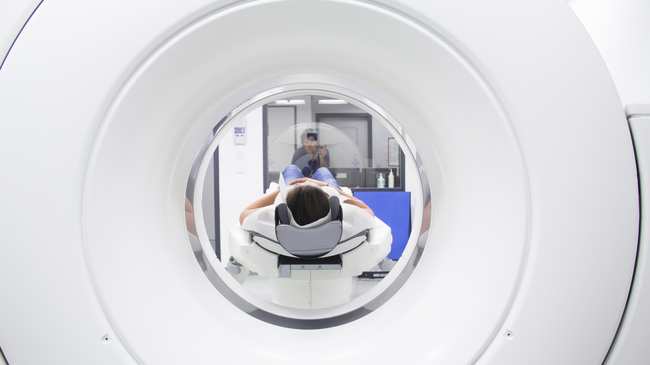 An MRI scan is a lot more like a Rorschach test to your radiologist than you’d probably like to imagine.

That’s the summary of a study recently published in The Spine Journal. Researchers sent a 63-year-old woman with lower back pain and a specific set of other symptoms to MRI appointments with ten different radiologists. The radiologists collectively made 49 distinct findings. Zero, however, made it into all ten diagnoses, and only one was reported in nine out of the ten.

Even more alarming: The average report contained between nine and 16 errors, both false-positives and missed diagnoses (which were later found by experts in her specific spinal problem, the comparison points for the study’s researchers). Overall, the study found “poor overall agreement” in radiologists’ opinions of the woman’s condition.

The study differs from past ones in which radiologists viewed MRI results in a research setting and made diagnoses, says co-author Daniel Elgort, vice president of healthcare data analytics and research at the Spreemo Quality Research Institute. “[In those studies] they knew they were being studied, so they made a more careful diagnosis.” Radiologists seeing an average patient are apparently less thorough.

The point of the exercise was to disprove a common misconception among medical consumers. “There is this notion that there are no differences in quality in radiology services,” Elgort says, “that [one] should always decide by price and convenience.”

Radiologists, however, are not the oil change technicians or dry cleaners of the medical world— professions where there is not much difference in performance once one achieves professional-level competency. Instead, the results suggest that some radiology offices are in fact better than others.

While they do not have enough data to prove it, Elgort theorizes that the difference is in cost. Cheaper radiology offices probably employ less experienced staff, use older equipment, cram in appointments, and cut other corners.

“The takeaway should not be, ‘go get the most expensive MRI possible,'” Elgort says. “Healthcare in general isn’t a necessarily a correlation between price and quality. It should definitely be that not every healthcare provider is equally suited to give you the most accurate diagnosis.” He added that patients should seek out radiology labs with specialists in their specific issues.

As for where they found a middle-aged woman willing to get MRI after MRI for weeks, Elgort says they recruited the subject from contacts at the Hospital for Special Surgery in New York City, adding, “She’s a former nurse, so she knows the value of this kind of science.

This entry was posted on May 19, 2018, 20:18 and is filed under Uncategorized. You can follow any responses to this entry through RSS 2.0. You can leave a response, or trackback from your own site.