Transcranial electrical stimulation is a promising technique to facilitate behavioural improvements in neurological and psychiatric populations. Recently there has been interest in remote delivery of stimulation within a participant’s home.

The purpose of this review is to identify strategies employed to implement and monitor in-home stimulation and identify whether these approaches are associated with protocol adherence, adverse events and patient perspectives.

MEDLINE, Embase Classic + Embase, Emcare and PsycINFO databases and clinical trial registries were searched to identify studies which reported primary data for any type of transcranial electrical stimulation applied as a home-based treatment.

Nineteen published studies from unique trials and ten on-going trials were included. For published data, internal validity was assessed with the Cochrane risk of bias assessment tool with most studies exhibiting a high level of bias possibly reflecting the preliminary nature of current work. Several different strategies were employed to prepare the participant, deliver and monitor the in-home transcranial electrical stimulation. The use of real time videoconferencing to monitor in-home transcranial electrical stimulation appeared to be associated with higher levels of compliance with the stimulation protocol and greater participant satisfaction. There were no severe adverse events associated with in-home stimulation.

Delivery of transcranial electrical stimulation within a person’s home offers many potential benefits and appears acceptable and safe provided appropriate preparation and monitoring is provided. Future in-home transcranial electrical stimulation studies should use real-time videoconferencing as one of the approaches to facilitate delivery of this potentially beneficial treatment.

Transcranial electrical stimulation (tES) is a technique used to modulate cortical function and human behaviour. It involves weak current passing through the scalp via surface electrodes to stimulate the underlying brain. A common type of tES is transcranial direct current stimulation (tDCS). Several studies have demonstrated tDCS is capable of modulating cortical function, depending on the direction of current flow [1, 2, 3]. When the anode is positioned over a cortical region, the current causes depolarisation of the neuronal cells, increasing spontaneous firing rates [4]. Conversely, positioning the cathode over the target cortical region causes hyperpolarisation and a decrease in spontaneous firing rates [4]. This modulation of cortical activity can be observed beyond the period of stimulation and is thought to be mediated by mechanisms which resemble long term potentiation and depression [5]. Along similar lines, transcranial alternating current stimulation (tACS) and transcranial random noise stimulation (tRNS) are also forms of tES. Both tACS and tRNS are thought to interact with ongoing oscillatory cortical rhythms in a frequency dependent manner to influence human behaviour [6, 7, 8].

The ability of tES to selectively modulate cortical activity offers a promising tool to induce behavioural change. Indeed, several studies have demonstrated that tES may be a favourable approach to reduce impairment following stroke [9], improve symptoms of neglect [10], or reduce symptoms of depression [11]. While these results appear promising, there remains debate around technical aspects of stimulation along with individual participant characteristics that may influence the reliability of a stimulation response [12, 13, 14, 15, 16, 17, 18, 19, 20, 21, 22]. However, current evidence does suggest that effects of stimulation may be cumulative, with greater behavioural improvements observed following repeated stimulation sessions [20]. Furthermore, tES has shown potential as a tool for maintenance stimulation, with potential relapses of depression managed by stimulation which continued over several months [23, 24]. Therefore, it may be that repeated stimulation sessions will become a hallmark of future clinical and research trials aiming to improve behavioural outcomes. This would require participants to attend frequent treatment sessions applied over a number of days, months or years. Given that many participants who are likely to benefit from stimulation are those with higher levels of motor or cognitive impairment, the requirement to travel regularly for treatment may present a barrier, limiting potential clinical utility or ability to recruit suitable research participants [25]. In addition, regular daily treatments would also hinder those who travel from remote destinations to receive this potentially beneficial neuromodulation. Therefore, there is a requirement to consider approaches to safely and effectively deliver stimulation away from the traditional locations of research departments or clinical facilities.

One benefit of tES over other forms of non-invasive brain stimulation, such as repetitive transcranial magnetic stimulation, is the ability to easily transport the required equipment. This opportunity may allow for stimulation to be delivered in a participant’s home, which could represent the mode of delivery for future clinical applications. However, it may be unreasonable to expect that a participant would be capable of managing delivery of tES alone and would likely require some form of training and/or monitoring [25]. Although tES is considered relatively safe [26], stimulation should be delivered within established guidelines to avoid adverse events [27]. Inappropriate delivery of stimulation could result in neural damage, detrimental behavioural effects, irritation, burns or lesions of the skin [28, 29, 30, 31, 32, 33]. Therefore, in order to deliver stimulation safely to the appropriate cortical region, it is likely that in-home stimulation may require some form of monitoring [25].

It is currently unclear what the best approach is to implement and monitor in-home tES. An early paper proposed several guidelines to perform in home tES [34]. However, these guidelines were not based on evidence from published clinical trials as there were none available at the time of publication. One recent systematic review sought to discuss current work in this area and highlighted the need for further research to investigate safety, technical monitoring and assessment of efficacy [35]. Given the recent, and growing, interest in home-based brain stimulation, we felt it was now pertinent to conduct a review to specifically identify strategies employed to implement and monitor the use of in-home tES in neurological and psychiatric populations. The secondary questions were to report protocol adherence, adverse events and patient perspectives of in-home tES. Understanding optimal treatment fidelity for in-home brain stimulation will be instrumental to achieving higher levels of tES useability and acceptance within a participant’s home.[…]

via Strategies to implement and monitor in-home transcranial electrical stimulation in neurological and psychiatric patient populations: a systematic review | Journal of NeuroEngineering and Rehabilitation | Full Text 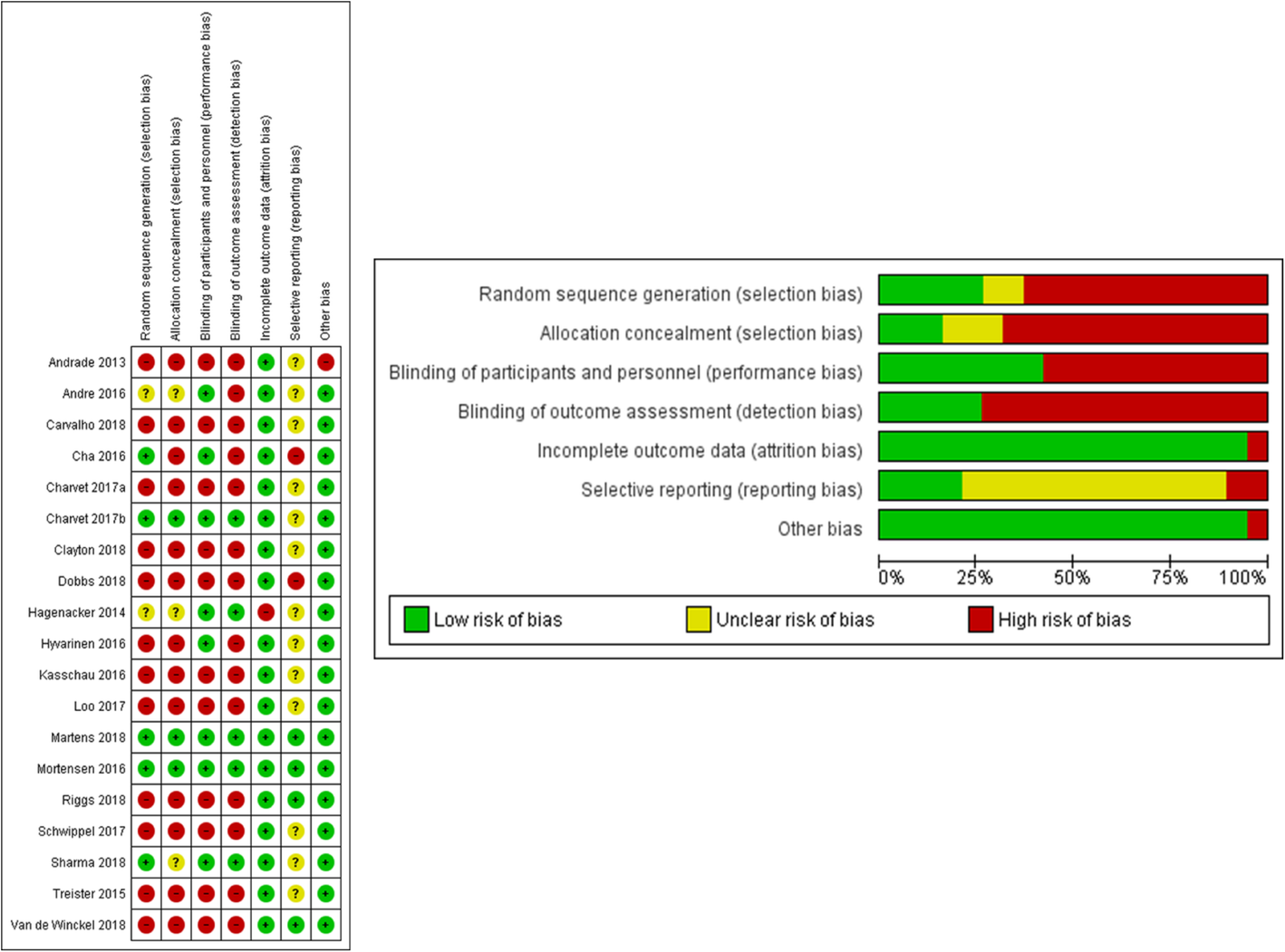 This entry was posted on May 18, 2019, 23:49 and is filed under tDCS/rTMS, Tele/Home Rehabilitation. You can follow any responses to this entry through RSS 2.0. You can leave a response, or trackback from your own site.