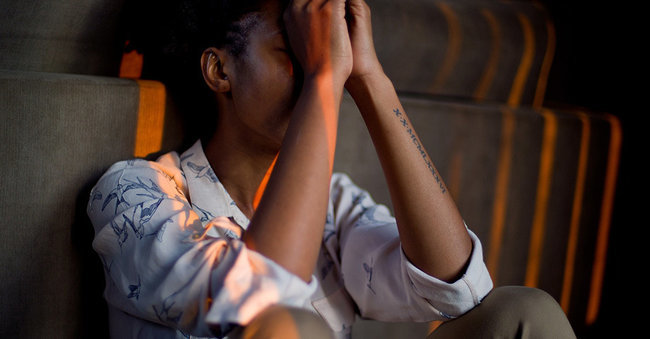 Are your seizures triggered by stress? You’re not alone. Stress is a hot topic on MyEpilepsyTeam, where members talk about their challenges managing life’s ups-and-downs with epilepsy.

“Stress is definitely one of my biggest triggers,” said one member, echoing the comments of many others in the community. Another observed: “Just about everyone on this site has issues with stress. The inability to handle it is what we all have in common.”

What triggers members’ stress seizures?
Whether it’s brought on by a major life event, or a buildup of everyday challenges, stress affects each person differently. Members of MyEpilepsyTeam share what triggers their stress – and seizures. They include:

Major life events. Divorce, death, caretaking, and other major life changes can trigger seizures. One man reported a “higher than normal stress level” and recurrence of seizures after losing his job of 14 years. Another blamed a recent seizure on stress associated with her father’s death. The stress of caring for an ill parent – and “having a lot on my plate” – caused another member to seize.

Family Relationships. Stressful or abusive family dynamics can “unlock” seizures – as some members call it – and even increase their frequency.

“My brother stressed me out so much as a child, the doctor said it ‘unlocked’ my stress seizures,” shared one member of MyEpilepsyTeam. “Going through a rough time with alcoholic family members caused lots of stress, and my seizures acted up,” explained another. One woman added: “I had loads of seizures until I divorced my husband. I’ve been seizure-free ever since.”

Other Relationships. Being around difficult, toxic, or insensitive people is stressful for everyone, but even more so for those prone to seizures. “When I’m around someone who makes me feel anxiety or depression, I get a seizure,” reported one member. “Being around people who don’t understand – and always ask if you’re alright – makes me so nervous,” said another.

Holidays. End of year festivities can trigger stress – and depression – for some MyEpilepsyTeam members. “I know there’s an increased chance of triggering a seizure during high-stress times of year like Christmas, with the additional stress of getting all the gift shopping done on time,” explained one man.

Sleep, alcohol, and other stress triggers. Unhealthy habits are not only physically and mentally draining, they also cause excessive activity in the brain that can trigger a seizure. “My doctor says there are five things our brain does not like – lack of sleep, low sugar, stressful situations, missing medications, alcohol, and street drugs,” explained one member. “Our brains can only take so much stress,” added another.

Managing Stress with Epilepsy
According to the Epilepsy Foundation, nine out of 10 people who actively manage their stress say it has reduced their risk of seizures. Members of MyEpilepsyTeam talk about the ways they reduce anxiety.

Starting therapy or counseling. Therapy, biofeedback, and music and arts therapy are just some of the therapeutic approaches to managing stress in people with epilepsy.

Counseling helped one member “out of a big slump” as a teenager. “Not only was it therapeutic, but I learned much more about epilepsy itself. It made it easier to cope,” she said. Finding a therapist who understands epilepsy is important, noted one member. “You may have to see several until you find the right connection. Not everyone is easy to talk to.”

Setting boundaries. Avoiding stressful situations is key for people with epilepsy. “I now stay away from my parents’ place, since that’s where most of my stress comes from,” explained one member. “I just do my best to stay positive and brush off the negatives as best I can,” wrote one woman. Another proclaimed: “I refuse to give anyone or anything control over me.”

Starting an exercise or relaxation routine. A daily practice of meditation, yoga, music, massage, deep breathing, and other relaxation techniques can cultivate healthier responses to stressful situations. Mindfulness – which trains the mind to focus on the present moment – has proven to be an effective stress management tool for people with epilepsy.

“I’m doing lots of exercising: Walking, morning stretching, and sometimes some yoga, if possible,” said one member of MyEpilepsyTeam. Another shared, “I use yoga to calm me down. Thirty minutes a day after work helps me loads.” Using a relaxing essential oil helps another member stay focused during his “time outs.”

One man with a daily yoga and meditation practice said, “Now I’m clear, no more seizures. I can’t emphasize enough, when we take back control by not allowing issues in life to get the best of us, a huge 180-degree turn happens.”

Getting Support. Being part of an active and supportive community – such as MyEpilepsyTeam – is important to managing the stress that triggers seizures. “The creation of this network was the greatest gift to all of us who have seizure disorders,” said one grateful member. Added another, “We understand each other here and what we go through each day.”

Taking medication on schedule. The number-one reported cause of increased seizures is missed medications. And taking medications on schedule is the most important ways to prevent them. “I’m lucky – medication controls my seizures,” said a MyEpilepsyTeam member who sticks to his prescription.

On MyEpilepsyTeam, the social network and online support group for those living with epilepsy, members talk about a range of personal experiences including stress and seizures.

Here are some questions-and-answers about stress and seizures:

Here are some conversations about stress and seizures:

Can you relate? Have another topic you’d like to discuss or explore? Go to MyEpilepsyTeam today and start – or join – a conversation. You’ll be surprised how many others share similar stories.

via Epilepsy and Stress-Related Seizures | MyEpilepsyTeam

This entry was posted on November 19, 2019, 01:08 and is filed under Epilepsy. You can follow any responses to this entry through RSS 2.0. You can leave a response, or trackback from your own site.