Posted by Kostas Pantremenos in Caregivers, TBI on February 17, 2020

Results: Needs were perceived on the intrapersonal, social, healthcare and societal levels, focusing on three themes: 1) Adaptation to changes, including awareness of consequences, acceptance, role changes and dealing with these; 2) Understanding from relatives/friends, professionals, institutions and society; 3) Timely, individualized care, involving information, transition to home, searching for support, peer support and support for partner/family.

Discussion: The variety and complexity of needs show that people with brain injury and their partners need to find a new balance in order to live a fulfilling life despite the consequences of brain injury. The overarching need for continuity of care from the transition to home onwards provides important implications for supporting the process of learning how to live well with brain injury.

Survival rates of people with acquired brain injury (PwABI) have increased in the last decades due to the improvement of acute medical care (1,2). Living with brain injury, many experience problems in the longer-term problems, which are often primarily psychosocial in nature (3–8). They include difficulties with interpersonal relationships, work, leisure activities, personality changes, behavioral problems, cognitive deficits and emotional problems (1,6,9,10). New difficulties may even emerge in the long term due to changing circumstances (6,11), for example, when one loses their caregiver and loses support or when one becomes a grandparent but experiences difficulties with caring for their grandchild. Long-term consequences of stroke not only affect the autonomy and well-being of people with brain injury but also impacts family members, specifically partners, who usually fulfill caregiver roles after the brain injury of their loved one (12,13).

In the Netherlands, different forms of care and support for longer-term problems are available and provided by several disciplines, such as psychologists, medical doctors, social workers and physiotherapists. However, there seems to be a mismatch between the available services and the actual day-to-day needs of PwABI and their families in the long term (14). Unmet needs for PwABI as reported in the literature involve understanding the injury, improving emotional difficulties and stress, activities of daily living, communication and finding employment (6,15–18). In addition, PwABI have difficulty finding and accessing services to support them with these issues (16–19). Partners may have needs in direct relation to the problems of the PwABI, such as coping with behavioral and emotional issues, but they also have needs of their own, including respite from caregiving and emotional and social support (13,15,18).

Many studies on needs covered a time span limited to the first few years after the injury (17,20–22), but there is limited research on longer-term needs of PwABI and their partners residing in the community. Studies on longer-term problems are of a less recent date (15,19). Organization of care is subject to continuous change, with an increasing importance being placed on the perspective of the service users. According to the 2018–2030 Action Plan for Stroke (23), more research is necessary to elucidate the needs of patients and carers in order to guide current innovations in the provision and organization of care services. Therefore, the current study aims to complement the existing literature by qualitatively exploring the perceived long-term needs both of PwABI and of their partners. In this study, discussions on care needs were embedded within topics of living with brain injury or with a partner with brain injury to elucidate day-to-day needs and corresponding health-care needs.[…]

Continue —->  Finding a new balance in life: a qualitative study on perceived long-term needs of people with acquired brain injury and partners: Brain Injury: Vol 0, No 0

Posted by Kostas Pantremenos in Books, Caregivers, Epilepsy on March 9, 2018 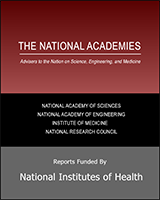 Epilepsy Across the Spectrum

Throughout this report, the committee emphasizes the ways in which epilepsy is a spectrum disorder. Epilepsy comprises more than 25 syndromes and many types of seizures that vary in severity. Additionally, people who have epilepsy span a spectrum that includes men and women of all ages and of all socioeconomic backgrounds and races/ethnicities, who live in all areas of the United States and across the globe. The impacts on physical health and quality of life encompass a spectrum as well, with individuals experiencing different health outcomes and having a range of activities of daily living that may be affected, including driving, academic achievement, social interactions, and employment. For some people, epilepsy is a childhood disorder that goes into remission (although the seizures may have lifelong consequences), while for others it is a lifelong burden or a condition that develops later in life or in response to an injury or other health condition. These many complexities of epilepsy make it a challenging health condition to convey to the general public to promote understanding and alleviate stigma. This report aims to provide evidence and impetus for actions that will improve the lives of people with epilepsy and their families.

via Epilepsy Across the Spectrum – NCBI Bookshelf

Posted by Kostas Pantremenos in REHABILITATION on December 26, 2017

The use of computers in the e-Health domain is becoming increasingly common, since technology is present in most aspects of our lives. In the rehabilitation field in particular, some additional issues requiring the use of computer-assisted therapies arise. On the one hand, there is a scarce availability of rehabilitation specialists and centers to satisfy the growing demand of their services. This problem gets even magnified because of the ageing population. On the other hand, the huge opportunities that the new interaction devices can bring to rehabilitation smooth the path towards novel therapies.

Furthermore, some guidelines are also provided, so that the designer can get some extra guidance on some heuristics about how to design motivation. The integration of motivation design into a model-based development process is presented by showing how this motivation model is integrated into a task model. Finally, to better illustrate our approach a case study based on a collaborative e-Health system is also included.

Posted by Kostas Pantremenos in Caregivers on October 6, 2017

The objective of the present study was to present a new complaint questionnaire designed to assess a wide range of difficulties commonly reported by patients with acquired brain injury. Patients (n =  619) had been referred to a community re-entry service at a chronic stage after brain injury, mainly traumatic brain injury (TBI). The Brain Injury Complaint Questionnaire (BICoQ) includes 25 questions in the following domains: cognition, behavior, fatigue and sleep, mood, and somatic problems. A self and a proxy questionnaire were given. An additional question was given to the relative, about the patient’s awareness of his difficulties. The questionnaires had a good internal coherence, as measured with Cronbach’s alpha. The most frequent complaints were, in decreasing order, mental slowness, memory troubles, fatigue, concentration difficulties, anxiety, and dual tasking problems. Principal component analysis with varimax rotation yielded six underlying factors explaining 50.5% of total variance: somatic concerns, cognition, and lack of drive, lack of control, psycholinguistic disorders, mood, and mental fatigue/slowness. About 52% of patients reported fewer complaints than their proxy, suggesting lack of awareness. The total complaint scores were not significantly correlated with any injury severity measure, but were significantly correlated with disability and poorer quality of life (Note: only factor 2 [cognition/lack of drive] was significantly related to disability.) The BICoQ is a simple scale that can be used in addition to traditional clinical and cognitive assessment measures, and to assess awareness of everyday life problems.

The figure shows the most frequent complaints (in decreasing order) reported by patients with acquired brain injury (traumatic brain injury or stroke) and by a close relative, using the Brain Injury Complaint Questionnaire (BICoQ). These complaints indicate a combination of cognitive difficulties and behavioral and personality changes.

[Abstract] Exploiting Awareness for the Development of Collaborative Rehabilitation Systems

Physical and cognitive rehabilitation is usually a challenging activity as people with any kind of deficit has to carry out tasks difficult due to their abilities damaged. Moreover, such difficulties become even harder while they have to work at home in an isolated manner. Therefore, the development of collaborative rehabilitation systems emerges as one of the best alternatives to mitigate such isolation and turn a difficult task into a challenging and stimulating one. As any other collaborative system, the need of being aware of other participants (their actions, locations, status, etc.) is paramount to achieve a proper collaborative experience. This awareness should be provided by using those feedback stimuli more appropriate according to the physical and cognitive abilities of the patients. This has led us to define an awareness interpretation for collaborative cognitive and physical systems. This has been defined by extending an existing proposal that has been already applied to the collaborative games field. Furthermore, in order to put this interpretation into practice, a case study based on an association image-writing rehabilitation pattern is presented illustrating how this cognitive rehabilitation task has been extended with collaborative features and enriched
with awareness information