Posted by Kostas Pantremenos in Fatigue on September 26, 2017

Introduction: Fatigue is the most frequently reported persistent symptom following a mild traumatic brain injury (mTBI), but the explanations for the persisting fatigue symptoms in mTBI remain controversial. In this study, we investigated the change of cerebral blood flow during the performance of a psychomotor vigilance task (PVT) by using pseudo-continuous arterial spin labeling (PCASL) MRI technique to better understand the relationship between fatigability and brain activity in mTBI.

Material and methods: Ten patients (mean age: 37.5 ± 11.2 years) with persistent complaints of fatigue after mTBI and 10 healthy controls (mean age 36.9 ± 11.0 years) were studied. Both groups completed a 20-min long PVT inside a clinical MRI scanner during simultaneous measurements of reaction time and regional cerebral blood flow (rCBF) with PCASL technique. Cognitive fatigability and neural activity during PVT were analyzed by dividing the performance and rCBF data into quintiles in addition to the assessment of self-rated fatigue before and after the PVT.

Results: The patients showed significant fatigability during the PVT while the controls had a stable performance. The variability in performance was also significantly higher among the patients, indicating monitoring difficulty. A three-way ANOVA, modeling of the rCBF data demonstrated that there was a significant interaction effect between the subject group and performance time during PVT in a mainly frontal/thalamic network, indicating that the pattern of rCBF change for the mTBI patients differed significantly from that of healthy controls. In the mTBI patients, fatigability at the end of the PVT was related to increased rCBF in the right middle frontal gyrus, while self-rated fatigue was related to increased rCBF in left medial frontal and anterior cingulate gyri and decreases of rCBF in a frontal/thalamic network during this period.

Discussion: This study demonstrates that PCASL is a useful technique to investigate neural correlates of fatigability and fatigue in mTBI patients. Patients suffering from fatigue after mTBI used different brain networks compared to healthy controls during a vigilance task and in mTBI, there was a distinction between rCBF changes related to fatigability vs. perceived fatigue. Whether networks for fatigability and self-rated fatigue are different, needs to be investigated in future studies.

Fatigue is a frequently reported symptom after mild traumatic brain injury (mTBI) (1–3) and a major reason why patients fail to return to work (4). The subjective experience of fatigue may be concomitant with physiological fatigue or with deteriorating performance, but may also be a sole complaint (5, 6). Research on the relationship between underlying neural correlates to fatigue in mTBI, and possible performance decrements is complicated by the fact that fatigue is still not a well-defined concept. It is multidimensional in its nature, involving both physiological and psychological components (7–9) and, therefore, a single explanatory mechanism is unlikely (3, 10).

Kluger and coworkers (11) suggested distinguishing the self-rated fatigue measures from objective measures of fatigue by labeling the later as fatigability. Such distinction might encourage among others more focused correlational studies; such as fatigue in relation to the neural activity. Measuring performance during sustained cognitive process provides a method to evaluate fatigue/fatigability objectively (12–14). For example, sustained attention during vigilance performance is a demanding cognitive task and performance induced fatigability has been demonstrated as increased error rate and reaction time (15). Our group has also found fatigability in mTBI on a higher order attention demanding task (16).

More recently, we studied the behavioral correlates of changes in resting-state functional connectivity before and after performing a 20-min psychomotor vigilance task (PVT) for mTBI patients with persistent post-concussion fatigue (17). Taking advantage of a quantitative data-driven analysis approach developed by us, we were able to demonstrate that there was a significant linear correlation between the self-rated fatigue and functional connectivity in the thalamus and middle frontal cortex. Furthermore, we found that the 20 min PVT was sufficiently sensitive to invoke significant mental fatigue and specific functional connectivity changes in mTBI patients. These findings indicate that resting-state functional MRI (fMRI) measurements before and after a 20 min PVT may serve as a useful method for objective assessment of fatigue level in the neural attention system. However, these measurements neither provide any information about the dynamic change of the neural activities in the involved functional networks during the performance of PVT nor can they answer whether other neural systems mediate the observed functional connectivity change in the attention network.

Arterial spin labeling (ASL) MRI technique has recently been used to examine the cerebral blood flow (CBF) in patients with amnestic mild cognitive impairment and cognitively normal healthy controls both at rest and during the active performance of a memory task (18). As compared to rest, CBF measurement during the task performance showed increased group difference between patients and healthy controls indicating that CBF measures during a cognitive task may increase the discriminatory ability and the sensitivity to detect subtle functional changes in neurological diseases. In another ASL MRI study, Lim et al. (19) investigated the neural correlates of cognitive fatigue effects in a group of healthy volunteers during a 20-min PVT (19). They observed progressively slower reaction times and significantly increased mental fatigue ratings after the task and reported that such persistent cognitive fatigue effect was significantly correlated with regional cerebral blood flow (rCBF) decline in the right fronto-parietal attention network in addition to the basal ganglia and sensorimotor cortices. They also found that the rCBF at rest in the thalamus and right middle frontal gyrus before the PVT task was predictive of subjects’ subsequent performance decline. Based on these findings, they claimed that the rCBF at rest in the attention network might be a useful indicator of performance potential and a marker of the level of fatigue in neural attention system. However, it remains to be clarified how the relationship between the neural activity in mTBI patients and their fatigability is dynamically influenced by the performance of a difficult cognitive task.

Pseudo-Continuous Arterial Spin Labeling (PCASL) can provide quantitative rCBF measurements with whole-brain coverage and high signal-to-noise ratio. Furthermore, it is non-invasive and repetitive experiments can be carried out. It has been shown that fMRI experiments based on PCASL perfusion measurements may have higher sensitivity than experimental designs based on blood oxygenation level-dependent (BOLD) fMRI, particularly when studying slow neural activity changes within a subject (20–22) and useful as a biomarker of brain function (18). To shed light on the questions discussed above, in this study we used PCASL MRI technique to measure the rCBF changes during a 20 min PVT in a group of mTBI patients with chronic fatigue and matched healthy control subjects. The aims of the present study are the following: (1) evaluate the PVT induced fatigability over time by dividing the performance data (error rate and reaction time) into quintiles to verify if the change of fatigability for mTBI patients follows the same pattern as that for healthy controls; (2) estimate the dynamic change of neural activity during PVT in terms of rCBF measurements in each quintile to reveal brain activities significantly associated with the change of fatigability. (3) Voxel-wise assessment of the rCBF values pre- and post-PVT to detect brain activity associated with changes in self-rated fatigue level. […] 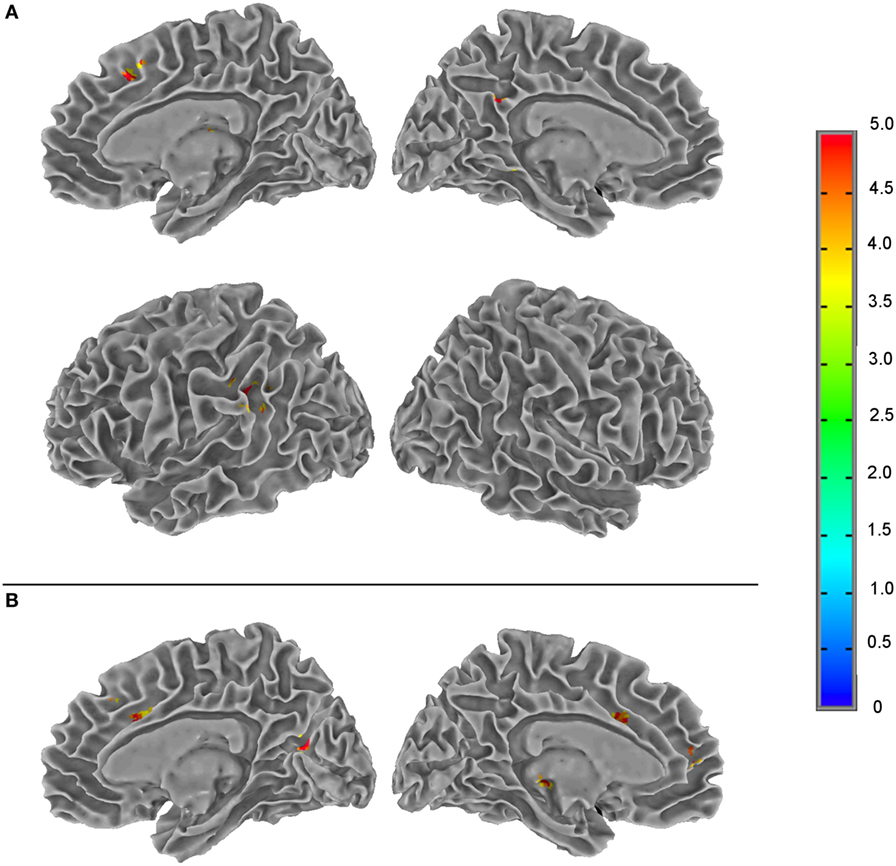