Posted by Kostas Pantremenos in Books, Epilepsy on June 14, 2019 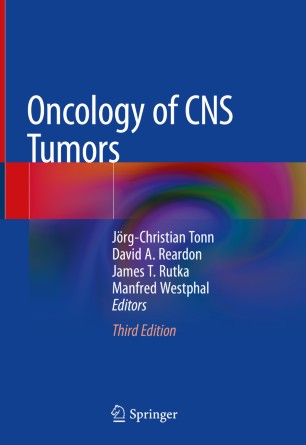 Seizures are common in patients with brain tumors and may have a significant impact on quality of life. The actual seizure risk varies based on tumor histology and tumor location. Seizures are most common in patients with glioneuronal tumors and temporal, insular, or frontal lobe tumor location. Antiepileptic drug therapy is indicated in patients with a history of seizure, and the choice of symptomatic treatment should follow the principles of treatment for focal symptomatic epilepsy. In general, antiepileptic drugs that interact with the hepatic CYP450 co-enzymes should be avoided in brain tumor patients if possible due to potential drug-chemotherapy interactions. Levetiracetam represents the antiepileptic drug of choice in patients with brain tumors and has been demonstrated to be efficacious and is well tolerated in brain tumor patients. Lacosamide is an alternative anticonvulsant agent with increasing experience supporting its efficacy and favorable side effect profile.

via Epilepsy and Anticonvulsant Therapy in Brain Tumor Patients | SpringerLink

[ARTICLE] The efficacy of lacosamide as monotherapy and adjunctive therapy in focal epilepsy and its use in status epilepticus: clinical trial evidence and experience – Full Text

Posted by Kostas Pantremenos in Epilepsy on December 21, 2016

Lacosamide (LCM) is approved for anticonvulsive treatment in focal epilepsy and exhibits its function through the slow inactivation of voltage-gated sodium channels (VGSCs). LCM shows comparable efficacy with other antiepileptic drugs (AEDs) licensed in the last decade: in three randomized placebo-controlled trials, significant median seizure reduction rates of 35.2% for 200 mg/day, 36.4–39% for 400 mg/day and 37.8–40% for 600 mg/day were reported. Likewise, 50% responder rates were 38.3–41.1% for 400 mg/day and 38.1–41.2% for 600 mg/day. Similar rates were reported in post-marketing studies. The main adverse events (AEs) are dizziness, abnormal vision, diplopia and ataxia. Overall, LCM is well tolerated and has no clinically-relevant drug–drug interactions. Due to the drug’s intravenous availability, its use in status epilepticus (SE) is increasing, and the available data are promising.

Epilepsy is a common and chronic neurological disorder that imposes a substantial burden on individuals, caregivers and society as a whole [Strzelczyk et al. 2008; Riechmann et al. 2015]. Antiepileptic drugs (AEDs) play a central and crucial role in treatment, as the majority of epilepsy patients require anticonvulsant treatment for an extended period of time. Because up to 30% of epilepsy patients are refractory to medical treatment [Kwan and Brodie, 2000; Kwan et al. 2011], the development of new therapeutic options is strongly warranted. Due to ongoing seizures, patients with drug-refractory epilepsy are affected by increased morbidity and mortality, social stigma, reduced employment opportunities and impaired quality of life for themselves and their caregivers [Smeets et al. 2007; Jacoby et al. 2011; Ryvlin et al. 2013; Riechmann et al. 2015]. Introduction of new AEDs provides an opportunity to achieve better seizure control for some of these patients [Luciano and Shorvon, 2007; Callaghan et al. 2011]. Furthermore, AEDs with an excellent efficacy and safety profile are needed for use as initial monotherapy as they might be continued for decades in patients [Glauser et al. 2013].

Lacosamide (LCM) was approved in 2008 in the European Union and in the USA as adjunctive therapy in the treatment of partial-onset seizures with or without secondary generalization in adults and adolescents with epilepsy. LCM is licensed for adolescents older than 16 years in the European Union and older than 17 years in the USA. Additionally, the US Food and Drug Administration has approved LCM as monotherapy in focal epilepsy in 2014.

LCM is available as film-coated tablets (50 mg, 100 mg, 150 mg, 200 mg), syrup (10 mg/ml) and solution (10 mg/ml) for intravenous infusion. Bioequivalence among the three LCM formulations has been demonstrated, allowing for direct conversion without titration [Cawello et al. 2012]. LCM exhibits several favorable pharmacokinetic characteristics as rapid absorption, high oral bioavailability (100%) not affected by food, linear and dose-proportional pharmacokinetics with low interindividual and intraindividual variability [Cawello et al. 2012, 2014a]. LCM has low plasma protein binding of less than 15%. LCM is metabolized by CYP2C19, CYP2C9, and CYP3A4 into the pharmacologically inactive O-desmethyl-LCM and undergoes primarily renal elimination with less than 1% of the dose eliminated in the feces [Cawello et al. 2012, 2014b]. LCM has an elimination half-life of 13 h, which supports a twice-daily dosing regimen. Steady-state plasma concentrations after each dose adaptation are achieved after 3 days. In patients with severe renal impairment or end-stage renal disease, a maximum dose of LCM of 300 mg should not be exceeded. Hemodialysis significantly decreases systemic LCM exposure, by approximately 57% [Doty et al. 2013]. LCM dosage supplementation up to 50% of the divided daily dose should be considered directly after the end of hemodialysis. Also in patients with mild or moderate hepatic impairment a maximum dose of 300 mg/day should not be exceeded [Doty et al. 2013]. LCM exhibits low potential for clinically-relevant pharmacokinetic drug–drug interactions with AEDs as well as other common medications [Cawello et al. 2010, 2012, 2013; Stockis et al. 2013; Cawello et al. 2014a, 2014b; Cawello, 2015].

Continue —> The efficacy of lacosamide as monotherapy and adjunctive therapy in focal epilepsy and its use in status epilepticus: clinical trial evidence and experience – Nov 29, 2016