Posted by Kostas Pantremenos in Epilepsy on February 15, 2018

Diet restriction is an ancient method for control of epileptic seizures, though a precise understanding of how it mediates seizure suppression is still unknown. Development of the high-fat, low-carbohydrate, protein-adequate ketogenic diet (KD) was based on the hypothesis that ketone production induced by glucose deprivation is responsible for the historic seizure-suppressing effect of fasting. Recently, several key findings regarding how the ketogenic diet suppresses seizures in patients with refractory epilepsy have revealed new targets for anti-epileptic drug design as well as novel therapeutic approaches for epilepsy. 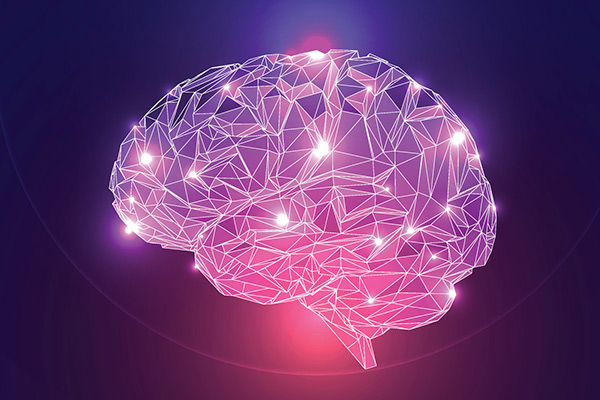 The traditional KD involves a strict 4:1 ratio by weight of fat to combined carbohydrate and protein. A more recently developed modified KD- the medium-chain triglyceride (MCT) diet- is more ketogenic, and thus allows greater intake of carbohydrates and proteins, easing compliance and improving nutrition. Despite this modification, adherence is so difficult that the KD is reserved for use in patients whose seizures do not respond to anti-epileptic drug (AED) treatment.1

While most epileptics become seizure free with AED treatment, roughly 30% of patients will continue to have seizures despite taking multiple AEDs.2 Uncontrolled seizures not only limit quality of life, but are also associated with risk of sudden unexpected death in epilepsy (SUDEP),3 highlighting the need for improved understanding of alternative interventions.

Medically refractory epileptics have few treatment options, including brain surgery, vagus nerve stimulation, and KD. While numerous clinical reports indicate the efficacy of KD for treatment of drug-resistant epilepsy, few high-quality controlled studies exist.1 The most recent Cochrane Review of KD for treatment of epilepsy states that seizure freedom rates after 3 months on a 4:1 classic KD can reach up to 55%, while rates of seizure reduction reach as high as 85%.2 However, compliance is difficult, emphasizing the need to better understand how the KD works to facilitate development of supplements that may provide the “ketogenic diet in a pill.”4

General mechanism of action of the ketogenic diet

The KD imparts its effect via multiple pathways. In general, it is believed that the KD works by decreasing neuronal excitability, decreasing inflammation, and improving mitochondrial function, either through the direct action of ketone bodies and fatty acids, or through downstream changes in metabolic and inflammatory pathways.

Several specific mechanisms have been suggested by studies performed in vitro or in animal models of epilepsy, including: 1) direct action of ketone bodies; 2) direct action of fatty acids; 3) glycolic restriction or diversion; 4) altered neurotransmitter systems involving GABA, glutamate, and adenosine; 5) changes in ion channel regulation; 6) improved mitochondrial function and cellular bioenergetics; 7) a reduction in oxidative stress; and 8) enhancement of the tricarboxylic acid (TCA) cycle.1 While data support a role for each of these pathways in seizure control, several recent studies have identified precise molecules that regulate specific pathways involved in seizure suppression. These molecules may thus serve as targets for drug development that could provide the same effects as the KD without the need for diet restriction.

Decanoic acid, a medium-chain fatty acid that penetrates the blood-brain barrier, has previously been shown to 1) improve mitochondrial biogenesis through a peroxisome proliferator-activated receptors (PPAR)y-mediated mechanism; 2) increase transcription of genes regulating fatty acid metabolism while downregulating genes involved in glucose metabolism; and 3) modulate astrocyte metabolism and affect the glial/neuronal shuttle system by supplying neurons with ketones and lactate for fuel.4 However, a recent seminal study by Chang et al has now delineated a specific protein target of decanoic acid- the ?-amino-3-hydroxy-5-methyl-4-isoxazolepropionic acid (AMPA) receptor and has shown decanoic acid to have anti-seizure effects at clinically relevant doses.5 Using rat hippocampal slices and whole cell patch-clamp measurements, Chang et al demonstrated that decanoic acid, but not ketone bodies, had an inhibitory effect on neurotransmission, and that this effect is mediated through postsynaptic excitatory AMPA receptors. Importantly, this inhibitory effect was found at physiological serum concentration (0.3mM; 52 µg/ml) of decanoic acid, similar to that measured in children on the MCT diet, and below serum and brain concentrations that suppress seizures in mouse models of epilepsy. Also of note was that decanoic acid selectively blocks excitatory synaptic activity while not affecting inhibitory synaptic currents.5

Furthermore, by expressing AMPA receptor subunits in Xenopus oocytes and testing neuronal excitability in the presence of decanoic acid ± glutamate, the authors were able to conclude that decanoic acid inhibits the AMPA receptor by binding to a site that does not compete with glutamate binding.5

This binding is unique to decanoic acid, while octanoic acid and valproic acid do not interact with AMPA receptors.“If it were possible to replace the diet with an AMPA receptor antagonist, this would enormously simplify therapy, avoid the poor palatability and gastrointestinal side effects of the diet, and therefore make treatment available to a broader group of patients,” wrote Dr. Michael Rogawski in a commentary on the findings of Chang et al.5,6 As such, a comparative trial between the MCT KD diet and parampanel warrants consideration.

While it is well known that the KD affects energy metabolism, metabolic enzymes that control epilepsy have not yet been identified. Similarly, no AEDs are known to directly impact metabolic pathways, though the mechanism of action of many AEDs remains unclear.7 In a landmark study published in Science, Sada et al investigated the mechanism by which glucose deprivation leads to neuronal hyperpolarization and subsequent seizure suppression. By simply switching the energy source from glucose to ketone bodies (as occurs on the KD), neurons from the subthalmic nucleus of the basal ganglia were dramatically hyperpolarized. However, addition of ketone bodies alone did not hyperpolarize the neurons; instead, Sada et al were able to show that glucose deprivation resulted in inhibition of lactate dehydrogenase (LDH), an enzyme that converts glucose to lactate in astrocytes, and that this inhibition alone is responsible for neuron hyperpolarization. Therefore, this study suggests it is the inhibition of LDH, and not activation of the tricarboxylic acid (TCA) cycle by ketone bodies, that mediates anti-seizure effects. Sada et al demonstrated that direct inhibition of LDH could suppress seizures both in vitro and in vivo (mouse), confirming LDH as a valid target for development of AEDs.

Taking their study one step further, the authors determined that a clinically used AED, stiripentol, binds to LDH and inhibits its activity. Sada et al were able to modify stiripentol into a derivative that more potently inhibited LDH and could suppress seizures in mice, suggesting that LDH inhibitors should be further explored as drugs that can mimic effects of the ketogenic diet.7

While acute prevention of drug-refractory seizures is the primary goal of the KD, study of children following the diet suggests that KD may confer protection against seizures even after its discontinuation.8 A proposed mechanism has been recently outlined by Lusardi et al, who demonstrated that the KD reduced hippocampal DNA methylation to levels found in non-epileptic controls, resulting in delayed onset of severe seizures and slower disease progression.9 Importantly, this reduction was maintained over at least 8 weeks after diet reversal, suggesting a “recalibration” of brain chemistry. Similarly, another study found that the KD delayed disease progression and increased longevity by 47% and in mouse models of SUDEP.3 Since hypermethylation of hippocampal DNA is a hallmark of the epileptic brain, the finding that long-lasting epigenetic changes can be maintained in animals predisposed to severe epilepsy suggests that “recalibration” of the epileptic brain is possible. Drugs that increase hippocampal adenosine concentration to that achieved by the KD may prove effective at decreasing DNA methylation status in the epileptic brain,10 and should be pursued for treatment of drug-resistant epilepsy.

A new, recently identified physiologic change induced by the KD is alteration of the gut microbiome. Using a mouse model of Autism Spectrum Disorder (ASD), in which the KD has been shown to limit symptoms,11 Newell et al demonstrated remodeling of the gut microbiota, leading to lower bacterial load and altered composition.12 Interestingly, the authors point out a 2- to 3- fold increase in bacterial species that generate short-chain fatty acids (SCFAs) that actively communicate with the brain. Given the increasing evidence of a “gut-brain axis” and the knowledge that fatty acids play an active role in the epileptic brain, it will be important to determine what role this change in gut microbial composition may play in regulation of seizures.

Posted by Kostas Pantremenos in Epilepsy on April 27, 2015

One percent of the world’s population suffer from epilepsy, and a third of sufferers cannot be treated with antiepileptic drugs. Diet control has been used to treat patients suffering from drug-resistant epilepsy since the 1920s, but how metabolic processes affect epilepsy has not been fully understood. Now researchers at Okayama University and Kawasaki Medical School have identified the metabolic pathways altered by diet treatments, the enzymes that can control them and potential metabolic drugs that may be effective for treating types of epilepsy that are resistant to other drugs.

‘Ketogenic’ diets used to treat epilepsy are high in fat and low in carbohydrate. Due to the scarcity of glucose available as a result, the brain metabolises ketones, which uses a different metabolic pathway.

Tsuyoshi Inoue and his team examined neural cells in an artificial cerebrospinal fluid solution  switched from glucose to ketones. When glucose was switched to ketones the cells became hyperpolarized – a change in the cell’s membrane potential that makes neurons less prone to becoming excited and active.

The researchers further broke down the processes in the metabolism of glucose and identified a crucial enzyme – lactate dehydrogenase (LDH). Blocking LDH mimicked the switch from glucose to ketones in vitro. Further in vivo tests on mice confirmed the effect.

By testing the drugs already in use they identified LDH inhibitory action in stiripentol, a drug used for a rare form of the epilepsy. By modifying its chemical structure, they found an alternative LDH inhibitor with a similar structure that was more effective for in vivo tests on mice. They conclude, “Our study opens a realistic path to develop compounds for drug-resistant epilepsy by targeting LDH enzymes with stiripentol derivatives.”

Epilepsy describes the neurological disorder that results in seizures that have no other known cause. The seizures result from excessive excitation in the cortical nerve in the brain and the length and severity of the seizures may vary.

The transmission of signals by neurons relies on the rapid rise and fall of the membrane potential, and is affected by cell polarization. When the cell membrane becomes hyperpolarized, a greater stimulus is required to produce an action potential. As a result hyperpolarization can prevent the excessive cortical activity that causes epileptic seizures.