[WEB SITE] Rates of Pregnancy, Live Births Similar Among Women With and Without Epilepsy

Posted by Kostas Pantremenos in Epilepsy on June 19, 2018 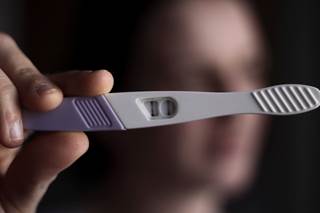 Sexual activity and rates of ovulation were also similar among women with epilepsy and those without the disorder.

Women with epilepsy who are seeking to become pregnant and have no known infertility or related disorders have a similar probability of achieving pregnancy, time to pregnancy, and live birth rates as do women without epilepsy, according to the results of the observational Women With Epilepsy Pregnancy Outcomes and Deliveries prospective cohort study (ClinicalTrials.gov identifier: NCT01259310), which was published in JAMA Neurology.

The investigators sought to examine whether women with epilepsy with no prior diagnosis of infertility or a related disorder were as likely to become pregnant within 12 months as their peers without epilepsy. A cohort of women with epilepsy and healthy controls who were seeking pregnancy were enrolled at 4 academic medical centers in the United States and were followed for up to 21 months. Participants between 18 and 40 years of age who were seeking pregnancy were enrolled within 6 months of having discontinued contraception. Data were evaluated from November 2015 to June 2017.

The primary study outcome was the proportion of women who attained pregnancy within 12 months after enrollment. Secondary outcomes included time to pregnancy, pregnancy outcomes, sexual activity, rates of ovulation, and analysis of disease-related factors in women with epilepsy.

The investigators concluded that the results of this study should help reassure and encourage women with epilepsy without a prior diagnosis of infertility or an associated disorder, as well as their clinicians, when planning to become pregnant, based on the similar times to achieving pregnancy and similar pregnancy outcomes reported.

via Rates of Pregnancy, Live Births Similar Among Women With and Without Epilepsy