[ARTICLE] EEG-Based Brain–Computer Interfaces for Communication and Rehabilitation of People with Motor Impairment: A Novel Approach of the 21st Century – Full Text

Posted by Kostas Pantremenos in REHABILITATION on January 31, 2018

People with severe neurological impairments face many challenges in sensorimotor functions and communication with the environment; therefore they have increased demand for advanced, adaptive and personalized rehabilitation. During the last several decades, numerous studies have developed brain–computer interfaces (BCIs) with the goals ranging from providing means of communication to functional rehabilitation. Here we review the research on non-invasive, electroencephalography (EEG)-based BCI systems for communication and rehabilitation. We focus on the approaches intended to help severely paralyzed and locked-in patients regain communication using three different BCI modalities: slow cortical potentials, sensorimotor rhythms and P300 potentials, as operational mechanisms. We also review BCI systems for restoration of motor function in patients with spinal cord injury and chronic stroke. We discuss the advantages and limitations of these approaches and the challenges that need to be addressed in the future.

Vidal (1973, p. 157), in his seminal work, raised the question: “Can observable electrical brain signals be put to work as carriers of information in person–computer communication or for the purpose of controlling devices such as prostheses?”. Since then, we have come a long way investigating whether people with motor disabilities can repurpose brain activity from inner neural signals to tangible controls that attribute the user’s intent to interact with devices or adjust their environment (Shih et al., 2012; Lebedev and Nicolelis, 2017). Nowadays, several advancements in the fields of clinical neurophysiology and computational neuroscience have led to the development of promising approaches based on non-invasive BCIs that pave the way for reliable communication and effective rehabilitation of people with disabilities.

In this review, we focus on non-invasive BCI applications geared toward alternative communication and restoration of movement to paralyzed patients. We consider several milestone studies on EEG-based BCIs that contributed to the systems that improve everyday life and activity of people with motor disabilities in the 21st century. We review EEG-based BCI technologies for communication and control based on three different EEG signals (SCP, SMR and P300), and discuss their limitations and advantages. In addition, we examine and analyze the BCI methods for inducing brain plasticity and restoring functions in impaired patients. An overview of the study framework is presented in Figure 1. 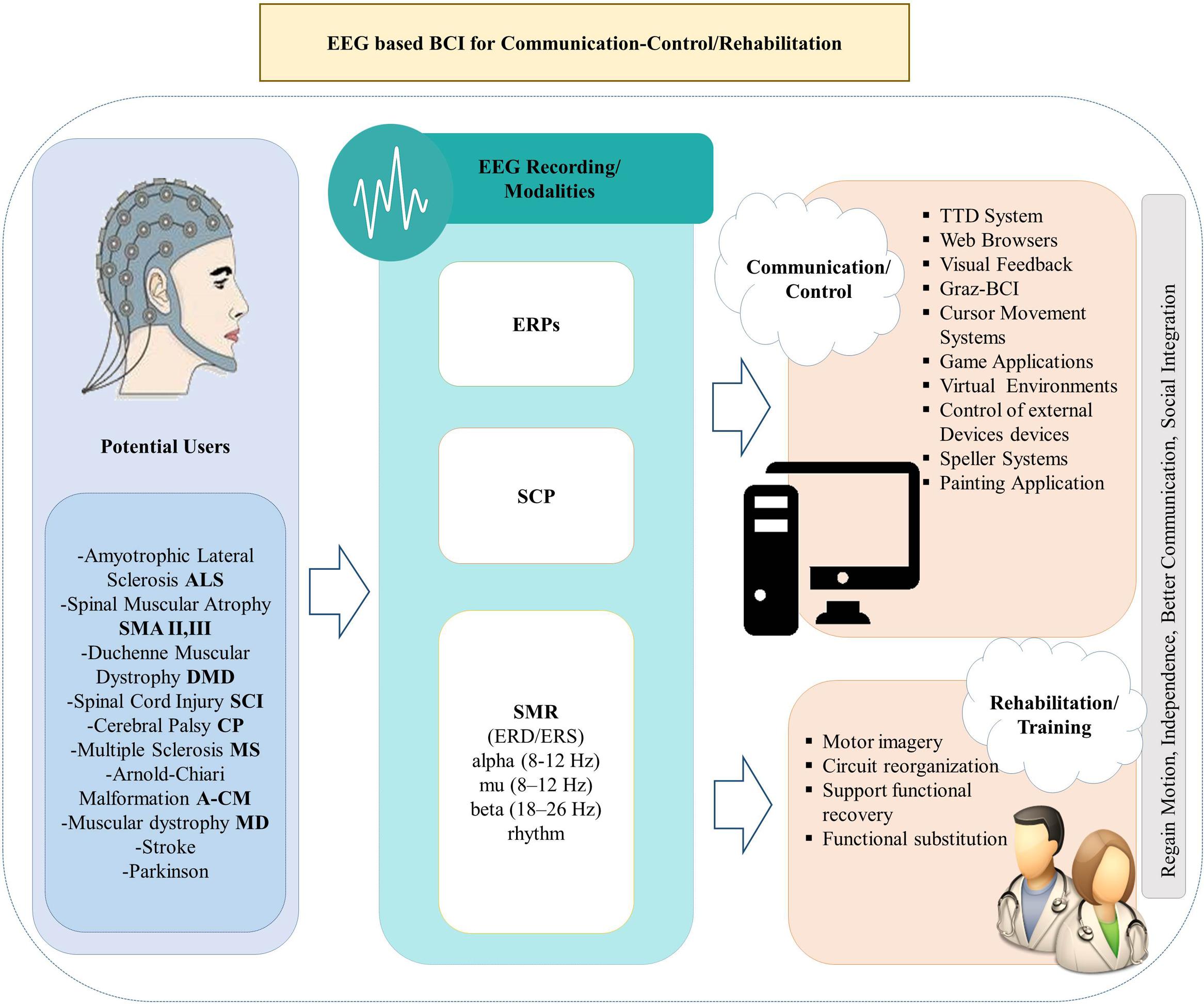 FIGURE 1. Overview of the review framework.

The paper is structured as follows. We firstly review the advantages of the BCI approach compared to other strategies for communication in people with motor impairment. In section 3, we present BCI realizations based on different approaches for brain activity recording, and elaborate on three EEG-based modalities: SCP, SMR, and P300. Subsequently, we provide an elaborate overview of the milestone studies, published mainly during the last two decades, on the BCI systems for communication and rehabilitation in patients with motor-impairments. Finally, we discuss advantages and shortfalls of these BCIs, point out their limitations and comment on the future perspectives in this field.[…]

Continue —> Frontiers | EEG-Based Brain–Computer Interfaces for Communication and Rehabilitation of People with Motor Impairment: A Novel Approach of the 21st Century | Frontiers in Human Neuroscience

Posted by Kostas Pantremenos in Uncategorized on December 15, 2017

The primary purpose of this chapter is to demonstrate one of the applications of P300 event-related potential (ERP), i.e., brain-computer interface (BCI). Researchers and students will find the chapter appealing with a preliminary description of P300 ERP. This chapter also appreciates the importance and advantages of noninvasive ERP technique. In noninvasive BCI, the P300 ERPs are extracted from brain electrical activities [electroencephalogram (EEG)] as a signature of the underlying electrophysiological mechanism of brain responses to the external or internal changes and events. As the chapter proceeds, topics are covered on more relevant scholarly works about challenges and new directions in P300 BCI. Along with these, articles with the references on the advancement of this technique will be presented to ensure that the scholarly reviews are accessible to people who are new to this field. To enhance fundamental understanding, stimulation as well as signal processing methods will be discussed from some novel works with a comparison of the associated results. This chapter will meet the need for a concise and practical description of basic, as well as advanced P300 ERP techniques, which is suitable for a broad range of researchers extending from today’s novice to an experienced cognitive researcher.

Human brain is the most complex organ of the body and it is at the center of the driving block of human nervous system. In fact, more than 100 billion nerve cells are interconnected to build the functionality of human brain. Such a complicated architecture allows the brain to control the body as well as carry out the executive functions, such as making reasons, processing thoughts, and planning for next tasks. Interestingly, electrophysiology and hemodynamic response are the two techniques that have been used to study this complex organ to understand the mechanism the brain applies to finish works. Typically, electrophysiological measurements are performed by placing electrodes or sensors on the biological tissue [1, 2]. In neuroscience and neuro-engineering, the electrophysiological techniques are used for studying electrical properties by measuring the electrical activities of neurons in the form of electroencephalogram (EEG). EEG may be measured by two different approaches: invasive and noninvasive. Invasive procedures need a surgery to place the EEG sensor deep under the scalp. In comparison, noninvasive procedure places the electrodes on the scalp. One of the ways to study the brain is to stimulate it by presenting a paradigm.

The event-related potential (ERP) was first reported by Sutton [3]. An ERP is an electrophysiological response or electrocortical potentials triggered by a stimulation and firing of neurons. A specific psychological event or a sensor can be employed to generate the stimulation. In general, visual, auditory, and tactile are three major sources of ERP stimulation. For instance, ERP can be elicited by a surprise appearance of a character on a visual screen, or a “novel” tone presented over earphones, or by sudden pressing of a button by the subject, including myriad of other events. Presented stimulus generates a detectable but time-delayed electrical wave in EEG. EEG is recorded starting from the time of presenting the stimulus to the time when EEG settles down. Depending on the necessity, simple detection method such as ensemble averaging or advanced processes such as linear discriminant analysis or support vector machine algorithms are applied on EEG to measure the ERP. This chapter discusses the application of ERP in brain-computer interface (BCI) where P300 wave is of particular interest. ERP is time-locked to an event and appears as a series of positive and negative voltage fluctuation in the EEG that is referred to as P300 components.

P300 is a form of visually evoked potential (VEP) and P300 ERP is embedded within the EEG signal recordable from the scalp of human brain. Depending on the components appearance following the eliciting event, the P300 can be divided into exogenous and endogenous. Early (exogenous) components are distributed over first 150 ms, whereas longer latency (endogenous) components elicit after 150 ms. Although the P300 positive deflection occurs in the EEG about 300 ms after an eliciting stimulus is delivered (which is the major reason it is termed as P300), latency can be within the range from 250 to 750 ms.

Although the actual origin of the P300 is still unclear, it is suggested that P300 is elicited by the decision making or learning that a rare event has occurred, and some things appear to be learned if and only if they are surprising [4]. The variable latency is associated with the difficulty of the decision making. In addition, the largest P300 responses are obtained over parietal zone of human head while it is attenuated with the electrodes that are gradually placed farther from this area.

To generate the P300 ERP, three different types of paradigms are being used: (1) single-stimulus, (2) oddball, and (3) three-stimulus paradigm. In each case, the subject is instructed to follow the occurrence of the target by pressing a button or mentally counting [5]. Figure 1 presents these paradigms [5, 6]. The single-stimulus paradigm irregularly presents just one type of stimuli or target with zero occurrence of any other type of target. A typical oddball paradigm can be presented to the subject with a computer screen, a group of light-emitting diodes (LEDs), or other medium to generate a sequence of events that can be categorized into two classes: frequently presented standard (nontarget or irrelevant) and rarely presented target stimuli [7]. In an oddball paradigm, two events are presented with different probabilities in a random order, but only the irregular and rare event (the oddball event) embosses the P300 peak into the EEG about 300 ms after the stimulus onset. The three-stimulus paradigm is a modified oddball task which includes nontarget distractor (infrequent nontarget) stimuli in addition to target and standard stimuli. The distractor elicits P3a which is large over the frontal/central area [8]. In contrast, target elicits a P3b (P300), which is maximum over the parietal electrode sites. Though P3a and P3b are subcomponents of P300, P3a is dominant in the frontal/central lobe with a shorter latency and habituates faster [9].