Posted by Kostas Pantremenos in Paretic Hand on December 29, 2018 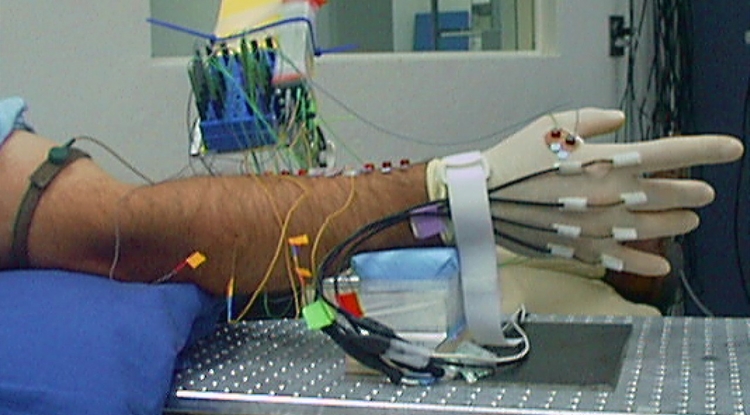 “Moving an arm can involve more than 50 different muscles,” UA professor Andrew Fuglevand said. “Replicating how the brain naturally coordinates the activities of these muscles is extremely challenging.” 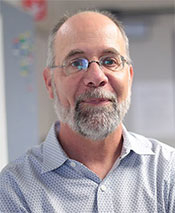 Scientists now know that the brain controls movement in people by signaling groups of neurons to tell the muscles when and where to move. Researchers also have learned it takes a complex orchestration of many signals to produce even seemingly simple body movements.

If any of these signals are blocked or broken, such as from a spinal cord injury or stroke, the messages from the brain to the muscles are unable to connect, causing paralysis. The person’s muscles are functional, but they no longer are being sent instructions.

Andrew Fuglevand, professor of physiology at the University of Arizona College of Medicine – Tucson and professor of neuroscience at the UA College of Science, has received a $1.2 million grant from the National Institutes of Health to study electrical stimulation of the muscles as a way to restore limb movements in paralyzed individuals. Fuglevand’s goal is to restore voluntary movement to a person’s own limbs rather than relying on external mechanical or robotic devices.

Producing a wide range of movements in paralyzed limbs has been unsuccessful so far because of the substantial challenges associated with identifying the patterns of muscle stimulation needed to elicit specified movements, Fuglevand explained.

“Moving a finger involves as many as 20 different muscles at a time. Moving an arm can involve more than 50 different muscles. They all work together in an intricate ‘dance’ to produce beautifully smooth movements,” he said. “Replicating how the brain naturally coordinates the activities of these muscles is extremely challenging.”

Recent advances in “machine learning,” or artificial intelligence, are making the impossible possible.

Fuglevand, who also is an affiliate professor of biomedical engineering and teaches neuroscience courses at the UA, is employing machine learning to mimic and replicate the patterns of brain activity that control groups of muscles. Tiny electrodes implanted in the muscles replay the artificially generated signals to produce complex movements.

“If successful, this approach would greatly expand the repertoire of motor behaviors available to paralyzed individuals,” he said.

“More than 5 million Americans are living with some form of paralysis, and the leading causes are stroke and spinal injury,” said Nicholas Delamere, head of the UA Department of Physiology. “New innovations in artificial intelligence, developed by scientists like Fuglevand and his team, are allowing them to decode subtle brain signals and make brain-machine interfaces that ultimately will help people move their limbs again.”

“The headway researchers have made in our understanding of artificial intelligence, machine learning and the brain is incredible,” said UA President Robert C. Robbins. “The opportunity to incorporate AI to brain-limb communication has life-changing potential, and while there are many challenges to optimize these interventions, we are really committed to making this step forward. I am incredibly excited to track Dr. Fuglevand’s progress with this new grant.”

via Reconnecting the Disconnected: Restoring Movement in Paralyzed Limbs | UANews