Posted by Kostas Pantremenos in Epilepsy, Pharmacological on February 25, 2018

The interest in cannabis-based products for the treatment of refractory epilepsy has skyrocketed in recent years. Marijuana and other cannabis products with high content in Δ(9) –tetrahydrocannabinol (THC), utilized primarily for recreational purposes, are generally unsuitable for this indication, primarily because THC is associated with many undesired effects. Compared with THC, cannabidiol (CBD) shows a better defined anticonvulsant profile in animal models and is largely devoid of adverse psychoactive effects and abuse liability. Over the years, this has led to an increasing use of CBD-enriched extracts in seizure disorders, particularly in children. Although improvement in seizure control and other benefits on sleep and behavior have been often reported, interpretation of the data is made difficult by the uncontrolled nature of these observations. Evidence concerning the potential anti-seizure efficacy of cannabinoids reached a turning point in the last 12 months, with the completion of three high-quality placebo-controlled adjunctive-therapy trials of a purified CBD product in patients with Dravet syndrome and Lennox-Gastaut syndrome. In these studies, CBD was found to be superior to placebo in reducing the frequency of convulsive (tonic-clonic, tonic, clonic, and atonic) seizures in patients with Dravet syndrome, and the frequency of drop seizures in patients with Lennox-Gastaut syndrome. For the first time, there is now class 1 evidence that adjunctive use of CBD improves seizure control in patients with specific epilepsy syndromes. Based on currently available information, however, it is unclear whether the improved seizure control described in these trials was related to a direct action of CBD, or was mediated by drug interactions with concomitant medications, particularly a marked increased in plasma levels of N-desmethylclobazam, the active metabolite of clobazam. Clarification of the relative contribution of CBD to improved seizure outcome requires re-assessment of trial data for the subgroup of patients not comedicated with clobazam, or the conduction of further studies controlling for the confounding effect of this interaction. (2017;7:61-76) […]

Posted by Kostas Pantremenos in Epilepsy on January 28, 2018 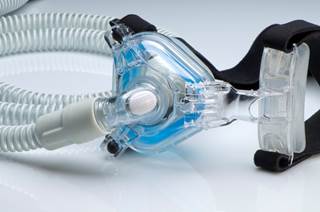 WASHINGTON, DC – People with epilepsy and obstructive sleep apnea (OSA) have better seizure outcomes at 1 year after treatment with positive airway pressure (PAP) compared with patients with untreated OSA and no OSA, according to data presented at the 2017 American Epilepsy Society Annual Meeting, December 1-5, 2017 in Washington, DC.

Previous studies have shown improved short-term seizure control in patients who receive PAP therapy. The researchers in the current study sought to examine long-term outcomes in this population.

The study included 197 patients with epilepsy (mean age, 43.9 years; 54% seizure-free at baseline) who were followed for a mean of 5.4 years. Of the participants, 122 (62%) had OSA; 73 (60%) were on PAP therapy and 49 (40%) were untreated. Participants with no OSA were younger, more likely to be female, and had lower body mass index than those with treated or untreated OSA.

Overall, more patients with PAP-treated OSA were responders (63%, P =.001), described as a ≥50% reduction in seizures from baseline, compared with patients with untreated (14%) or no (44%) OSA. Overall success – described as being seizure-free at baseline and remaining seizure-free for 1 year, or having seizures at baseline and experiencing ≥50% seizure-reduction over 1 year – was achieved by 85% of patients treated with PAP therapy compared with 55% and 65% of patients with untreated or no OSA, respectively. After adjusting for baseline seizure freedom and standard AED dosing, OSA treated with PAP therapy remained more successful than untreated or no OSA. The researchers noted that no significant differences were present at 3 or 5 year follow-up.

Posted by Kostas Pantremenos in Epilepsy on August 15, 2017

Posted by Kostas Pantremenos in Epilepsy on July 25, 2017

While each person with seizures and epilepsy is different, many of the steps along the journey toward a life with no seizures and no side effects are similar.

Depending on the type of epilepsy, other neurological problems, and other factors, some people may find it hard to get complete seizure freedom. But DO NOT STOP TRYING!

We are constantly learning more about how to better diagnose, treat, predict, prevent, and care for seizures and epilepsy. And ultimately, with your help, we will find a cure.

The Journey Toward Seizure Control:

Wherever you are in your journey, we encourage you to explore all of these steps.

Ask questions. Become an active advocate for your health care.

Source: #DareTo Go the Distance in Your Journey with Epilepsy | Epilepsy Foundation