Several robotic rehabilitation systems have already been developed for the hand requiring the biological joints to be aligned with those of the exoskeleton making the standardization of this devices for different anthropomorphic sizes almost impossible. This problem together with the usage of rigid components can affect the natural movement of the hand and injure the user. Moreover, these systems are also typically expensive and are designed for in-clinic use as they are generally not portable.

Biomimetic and bioinspired inspiration using soft robotics can solve these issues. This paper aims to introduce the conceptual design of a personalized flexible exoskeleton for finger rehabilitation modelled around one specific user’s finger with the help of a 3D scanning procedure presenting a dynamic FEM analysis and a preliminary prototype obtaining a low-cost and easy to use and wear device.

via A personalized flexible exoskeleton for finger rehabilitation: a conceptual design | SpringerLink

Posted by Kostas Pantremenos in Paretic Hand on June 20, 2017

Wearable devices based on inertial measurement units through wireless sensor networks have many applications such as real-time motion monitoring and functional outcome assessment of stroke rehabilitation. However, additional investigations are warranted to validate their clinical value, particularly in detecting the synergy patterns of movements after stroke.To explore the feasibility and efficacy of wearable devices for upper limb rehabilitation in patients with chronic stroke and to compare the intervention effects (e.g., neurological recovery, active range of motion, and deviation angle) with those in a control group.A single-blind, randomized-controlled pilot study.Rehabilitation ward.A total of 18 patients with chronic stroke were randomly distributed into a device group and control group. Both groups received conventional rehabilitation; nevertheless, the device group was additionally subjected to 15 daily sessions at least three times a week for 5 weeks. The outcome measures included the upper extremity subscores of the Fugl-Meyer assessment, active range of motion, and deviation angle. These measurements were performed pre- and post-treatment.All five Fugl-Meyer assessment subscores improved in both the device and control groups after intervention; in particular, the “shoulder/elbow/forearm” subscore (p = 0.02, 0.03) and “total score” (p = 0.03, 0.03) substantially improved. The active range of motion of shoulder flexion and abduction substantially improved at pre-post treatment in both the device (p = 0.02, 0.03) and control (p = 0.02, 0.03) groups. The deviation angle of shoulder external rotation during shoulder abduction substantially improved in the device group (p = 0.02), but not in the control group.The designed wearable devices are practical and efficient for use in chronic patients with stroke.Wearable devices are expected to be useful for future internet-of-things rehabilitation clinical trials at home and in long-term care institutions.

Posted by Kostas Pantremenos in Neuroplasticity, Tele/Home Rehabilitation on March 11, 2017

There is a global shortage of manpower and technology in rehabilitation to attend to the five million new patients who are left disabled every year with stroke. Neuroplasticity is increasingly recognized to be a primary mechanism to achieve significant motor recovery. However, most rehabilitation devices either limit themselves to mechanical repetitive movement practice at a limb level or focus only on cognitive tasks. This may result in improvements in impairment but seldom translates into effective limb and hand use in daily activities. This paper presents an easy-to-use, wearable upper limb system, SynPhNe (pronounced like “symphony”), which trains brain and muscle as one system employing neuroplasticity principles. A summary of clinical results with stroke patients is presented. A new, wireless, home-use version of the solution architecture has been proposed, which can make it possible for patients to do guided therapy at home and thus have access to more therapy hours.

This study was supported by the Singapore-MIT Alliance (SMART) Innovation grant, 2012 and SPRING TECS grant, 2014, Singapore.

The Rehabilitation Gaming System is a novel technology for Neuro-Rehabilitation that assists in the recovery of function after lesions to the brain. RGS is based on concrete neuroscientific principles of brain mechanisms of function in health and disease. RGS was initially developed via the project  http://rgs-project.eu. 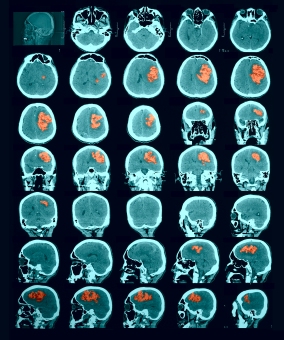 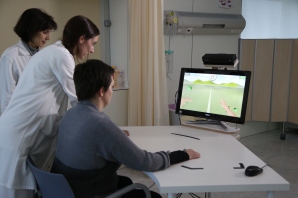 Image: A stroke patient trains with RGS under the supervision of her physician/physioterapist at Val d’Hebron Hospital in Barcelona. Stroke can cause brain damage with loss of motor and cognitive functions. The efficacy of RGS in the recovery of these functions has been clinically tested with hundreds of patients. RGS is based on the neurobiological considerations that plasticity of the brain remains throughout life and therefore can be utilized to achieve functional reorganization of the brain areas affected by stroke.

RGS was developed by combining the idea of interactive media use for neurorehabilitation, in particular virtual reality, with the DAC theory of mind and brain. This decision was a key step in the realization of RGS since it made choices on the content of non-arbitrary treatment protocols and every intervention became a well defined interaction with a user from which lessons could be immediately drawn. By now RGS incorporates about 20 specific DAC derived principles that range from the key role of sensori-motor contingencies in organizing cognition and action (see Prochnow, D. et al., Eur. J. of Neurosc. 2013) to the importance of goal-oriented and error-driven intervention. (see Belen Rubio Ballestr et al., J. NeuroEng. Rehab. 2015)

To support our experimental studies we have installed RGS therapy stations which are in continuous use in associated hospitals (see collaborators below). As a result, RGS has build up an unprecedented empirical track record (see key references sbelow) having been tested with over 500 patients at the acute and chronic stages of stroke, including at home settings. Building on these results, together with our clinical partners, we are now validating the generalization of RGS to other neuropathologies such as Parkinson’s disease, cerebral palsy, traumatic brain injury and spinal cord lesions and the initial analysis looks very encouraging.

Many of the patients in our clinical experiments have asked to be able to continue the RGS therapy.

This demand combined with the clinical results that show that RGS is more effective than any other intervention available today, has lead to the creation of the spin-off company Eodyne.com together with the University Pompeu Fabra and the Catalan Institute of Advanced Studies. Eodyne’s goal is to make RGS available to as many people as possible for a minimum cost.

Schematic representation of the RGS platform: from the laboratory to the patient @clinic and @home

The SPECS laboratory lead by prof. Paul Verschure collaborates with Hospital la Esperanza, in particular with Dr Ester Duarte and “TiC Salut Foundation” a catalan agency that is part of the Ministry of Health. 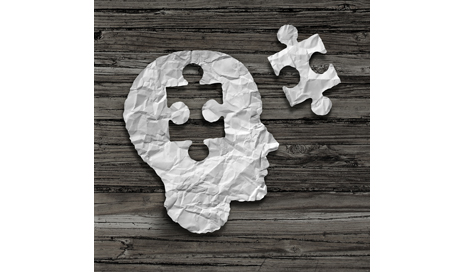 Using smartphone-enabled technology attached to garments, invented by students from the NYU Tandon School of Engineering, stroke recovery could be more like a game than an arduous task.

The wearable mechatronic devices—including a jacket to measure arm placement, a glove to measure wrist and finger placement and finger joint angles, and a finger trainer built of hand-friendly, compliant material—are all connected by a smartphone. 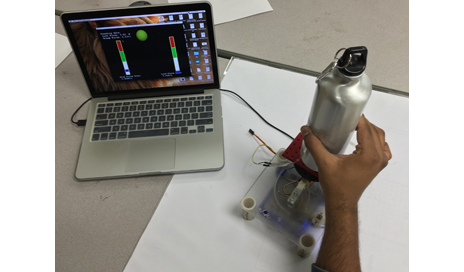 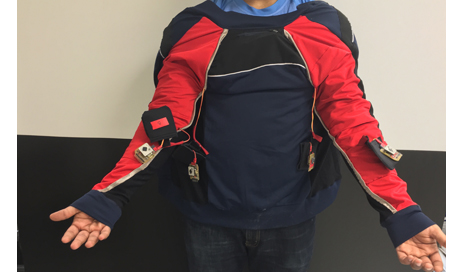 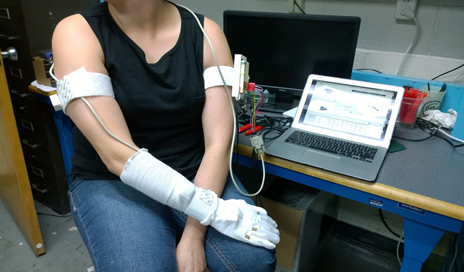 When a patient performs an assigned therapeutic exercise, microcontrollers within the devices measure such information as grip strength and display it via the smartphone to both the patient and the medical provider.

The patent-pending devices were recently awarded third place in BMEidea, a competition for biomechanical and bioengineering students, per the release.

“Smartphone-integrated stroke rehabilitation is a marked improvement over the conventional treatment programs of the past,” says Kapila, who oversees NYU Tandon’s Mechanotronics Lab, in the release.

“The medical community acknowledges that while the central nervous system is highly adaptive and has the ability to regain functions with concerted effort, a patient must assiduously practice those regained skills. This makes stroke rehab a long and sometimes trying ordeal. Providing patients with immediate feedback and placing that feedback in the context of a virtual reality game that they can use within their own homes is definitely encouraging and motivational,” he adds.