[Infographic] More in Common Than You Think

Posted by Kostas Pantremenos in TBI on March 9, 2020

Posted by Kostas Pantremenos in Caregivers, Cognitive Rehabilitation on October 26, 2019

Behavior changes are common after acquired brain injury (ABI) because the brain processes information differently after the injury. About 62% of people with ABI experience behavior changes.1 For some people with ABI, the changes in behavior have a major effect on their daily lives, while for others they may be relatively small. These changes can make daily tasks and social interactions difficult. People with ABI may be more sensitive to stress and fatigue, which can make the behaviors described in this article worse.

Posted by Kostas Pantremenos in Caregivers, TBI on June 20, 2019

Posted by Kostas Pantremenos in Uncategorized on March 22, 2019 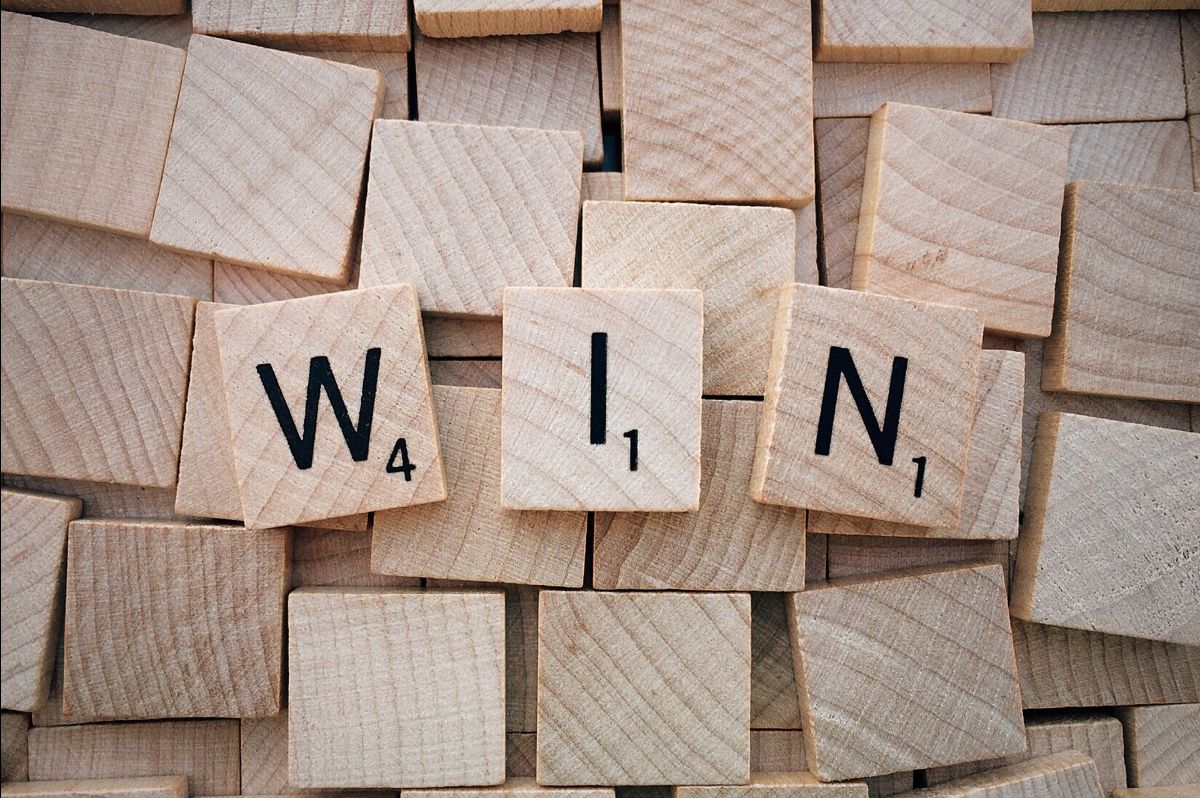 Lash & Associates’
Award-Winning Blog Site
Is Well Worth A Look

Our large variety of blog articles are keyword searchable, and offer help & encouragement.

No matter what your situation – as a survivor, a clinician, a caregiver, or a family member, our blog site provides a great reference point. Check it out – we’ve got something for most any situation regarding the greater TBI Community!

Posted by Kostas Pantremenos in Neuroplasticity on November 20, 2018

Acquired brain injury (ABI) is associated with a range of cognitive and motor deficits, and poses a significant personal, societal, and economic burden. Rehabilitation programs are available that target motor skills or cognitive functioning. In this review, we summarize the existing evidence that training may enhance structural neuroplasticity in patients with ABI, as assessed using structural magnetic resonance imaging (MRI)–based techniques that probe microstructure or morphology. Twenty-five research articles met key inclusion criteria. Most trials measured relevant outcomes and had treatment benefits that would justify the risk of potential harm. The rehabilitation program included a variety of task-oriented movement exercises (such as facilitation therapy, postural control training), neurorehabilitation techniques (such as constraint-induced movement therapy) or computer-assisted training programs (eg, Cogmed program). The reviewed studies describe regional alterations in white matter architecture and/or gray matter volume with training. Only weak-to-moderate correlations were observed between improved behavioral function and structural changes. While structural MRI is a powerful tool for detection of longitudinal structural changes, specific measures about the underlying biological mechanisms are lacking. Continued work in this field may potentially see structural MRI metrics used as biomarkers to help guide treatment at the individual patient level.

Posted by Kostas Pantremenos in Cognitive Rehabilitation, Uncategorized on November 18, 2018

Participants: Seventy-five adults with predominately stroke or traumatic brain injury who were beginning a course of occupational therapy.

Conclusions: Health self-efficacy predicts functional independence and may serve as a protective factor after ABI among individuals with relatively intact cognition. However, health self-efficacy does not predict functional independence among individuals with moderate or severe cognitive impairment, possibly due to limited self-awareness.

Posted by Kostas Pantremenos in Neuroplasticity, REHABILITATION on November 1, 2018

Cell-based therapies have been the subject of much discussion regarding their potential role in enhancing central nervous system function for a number of pathologic conditions. Much of the current research has been in preclinical trials, with clinical trials in the phase I or I/II stage. Nevertheless, there is considerable interest in the public about the potential regenerative role that stem cells may have in improving function for these neurologic conditions. This review will describe the different types of stem cells that are available, review their possible effects, and discuss some of the variables that investigators need to consider when designing their studies. Current clinical research in the areas of stroke, traumatic brain injury, and neurodegenerative diseases (amyotrophic lateral sclerosis and Parkinson disease) will be reviewed. As this article is aimed at a rehabilitation audience, outcome measures, and the role of concurrent rehabilitation therapies will also be mentioned.

Potential Roles That Stem Cells May Play in Regeneration

Stem cells may exert positive effects on the recovery process in a number of ways. Some cells have the ability to replicate and play a direct role in the repair of damaged neural tissue. These neural progenitor or neural stem cells (NSCs) may differentiate into different cell types and may be subsumed to roles of previously damaged or lost neurons. Such cells have been studied in a number of clinical conditions, but ethical issues have arisen, primarily because embryonic or fetal tissues have often been used. As these are allogeneic transplants, efforts must be taken to suppress the immune response, which may lead to complications. Additionally, concerns regarding tumorigenicity are greater for these cells because of their replicative ability [1]. Adult neural stem cells can be found in some areas of the human brain including the subventricular zone and the hippocampal dentate gyrus [2]. These are pluripotent cells that can replicate and differentiate based on intrinsic and environmental factors. They also have the ability to migrate, and differentiation may be driven by their ultimate location [3]. There is the possibility that these cells can be cultured and engineered to carry out specific functions based on modulation of these factors, but much needs to be learned in order to achieve this goal [4].

Induced pluripotent stem cells (IPSCs) can also be generated from adult cells. They are reprogrammed by transcription factors into a more embryonic state. It is possible to perform this in an autologous fashion (the patient is the source for his or her IPSCs), although this can be difficult as this is an inefficient process that may take time to produce adequate cell numbers. Some concerns regarding tumorigenicity also exist for this strategy. Mesenchymal stem cells (MSCs) are another option for cell-based therapies. Autologous and allogeneic sources for these cells are available. These cells usually do not differentiate into neural cells. Rather, it is believed that their primary role in neural recovery is by producing trophic factors into their environment to stimulate endogenous neurogenesis and repair as well as modulating inflammation [5]. MSCs do not appear to have the potential to become tumorigenic. However, they may have an immunosuppressive effect that, among other complications, might increase the risk of tumor formation [6].

Posted by Kostas Pantremenos in REHABILITATION on October 6, 2018

INTRODUCTION: Acquired brain injury (ABI) is damage to the brain that occurs after birth caused either by a traumatic or by a nontraumatic injury. The rehabilitation process following ABI should be performed by a multi-professional team, working in an interdisciplinary way, with the aim of organizing a comprehensive and holistic approach to persons with every severity of ABI. This Evidence Based Position Paper represents the official position of the European Union through the UEMS Physical and Rehabilitation Medicine (PRM) Section and designates the professional role of PRM physicians for people with ABI.
AIM: The aim was to formulate recommendations on the PRM physician’s professional practice for persons with ABI in order to promote their functioning and enhance quality of life.
METHODS: This paper has been developed according to the methodology defined by the Professional Practice Committee of the UEMS-PRM SECTION: a systematic literature search has been performed in PubMed and Core Clinical Journals. On the basis of the selected papers, recommendations have been made as a result of five Delphi rounds.
RESULTS: The literature review as well as thirty-one reccomendations are presented.
CONCLUSIONS: The expert consensus is that structured, comprehensive and holistic rehabilitation programme delivered by the multi-professional team, working in an interdisciplinary way, with the leadership and coordination of the PRM physician, is likely to be effective, especially for those with severe disability after brain injury.

[Abstract] A study of the influence of cognitive complaints, cognitive performance and symptoms of anxiety and depression on self-efficacy in patients with acquired brain injury

Posted by Kostas Pantremenos in Cognitive Rehabilitation on September 3, 2018

Objective:
To examine the relationship between self-efficacy for managing brain injury–specific symptoms and cognitive performance, subjective cognitive complaints and anxiety and depression symptoms in patients with acquired brain injury (ABI).

Conclusion:
Control over interfering emotions and mastery over brain injury–associated symptoms seems important in the development of self-efficacy for managing brain injury–specific symptoms.

via A study of the influence of cognitive complaints, cognitive performance and symptoms of anxiety and depression on self-efficacy in patients with acquired brain injury – Ingrid MH Brands, Inge Verlinden, Gerard M Ribbers, 2018